Venice and the Third Millennium

At the beginning of the new millennium Venice finds itself in an extremely contradictory situation.

More than ever before, much of its real estate – from the palazzi on the Grand Canal to former industrial areas converted into dwellings – is in a commendable state of conservation. Yet, more than ever before, it is facing a real risk of depopulation. The number of residents on the island city has dropped below 53,000. In the 1970s it was over 120,000.

While the over 20 million tourists a year bring in roughly 50,000 commuters from all across the Veneto, they offer no opportunity for the creation of new resident citizens: on the contrary, they are among the chief causes of depopulation in the city.

A gap to be filled

Despite the many changes that occurred in the island city last century – to the point that its historic centre can paradoxically be regarded as one of the most extensively built in the 20th century – no comprehensive photographic campaign has ever been devoted to the overall urban fabric of Venice, in such a way as to illustrate its remarkable complexity and continuity.

The Venice Urban Photo Projectims to fill this gap.

All cities today – and Venice especially – are browsed rather than viewed. Despite its photographic origin, urban simulation has replaced real-life experience. People have forgotten how to view the city in real life. Hence the need to rediscover a classic form of representation capable of illustrating such a complex and fragile urban context in the most detailed possible way.

Launched by Mario Peliti in 2006, first on photographic film and then, from 2013, in a digital format, the Venice Urban Photo Project aims to bring back the methodological and formal rigour of the great campaigns by 19th and 20-century masters – from Charles Marville to Carlo Naya, from Gabriele Basilico to John Davies – in order to provide an exhaustive perception of the city at the beginning of the 2000s.

All images are produced under equal lighting conditions, without any shadows or people. These apparently secondary aspects lend temporal unity to the perception of the city. The homogeneity of the light brings out all the details of the façades, even less prominent ones, and the absence of people forces the viewer to reflect on the possible destiny of Venice: that of a city without any inhabitants. At the same time, the silence pervading the thousands of photographs allows Venice itself to display its urban and architectural layout.

The distinctive features of this archive are the homogeneous view it offers, its consistent mode of representation, and the author’s untiring effort to deepen his knowledge of the city.

The digital archive currently comprises over 12,000 images. This alone makes the Venice Urban Photo Project one of the most significant individual photographic projects devoted to the city. However, in order to recreate the impression that a person would get by walking the whole length and breadth of Venice, at least 8,000 more photographs must be taken. And this is probably a conservative estimate.

Late in 2018, an agreement was signed between Mario Peliti, the Istituto Centrale per il Catalogo e la Documentazione (ICCD), and the Superintendence for Archaeology, Fine Arts and Landscape of the Metropolitan Area of Venice, for the purpose of promoting the Venice Urban Photo Project through the creation of the Venice Urban Photo Archive at the ICCD.

With this agreement the photographer has freely granted the Italian State the right to use and reproduce the images from his collection for institutional cultural purposes and university publications within the European Union. In collaboration with the Superintendence, the ICCD will be cataloguing the archive, which will be made accessible from its portal. The Institute will also be responsible for the conservation of the collection of photographic prints, an integral part of the project.

A digital copy of the archive will also be preserved by the Superintendence.

After six months of renovating works, Palazzo Grassi will reopen to the public on September 5th with “HYPERVENEZIA”, an exhibition specifically dedicated to the city of Venice on the occasion of the 1600th anniversary of its foundation. It presents for the first time to the public the ambitious “Venice Urban Photo Project”, conceived and developed by Mario Peliti. 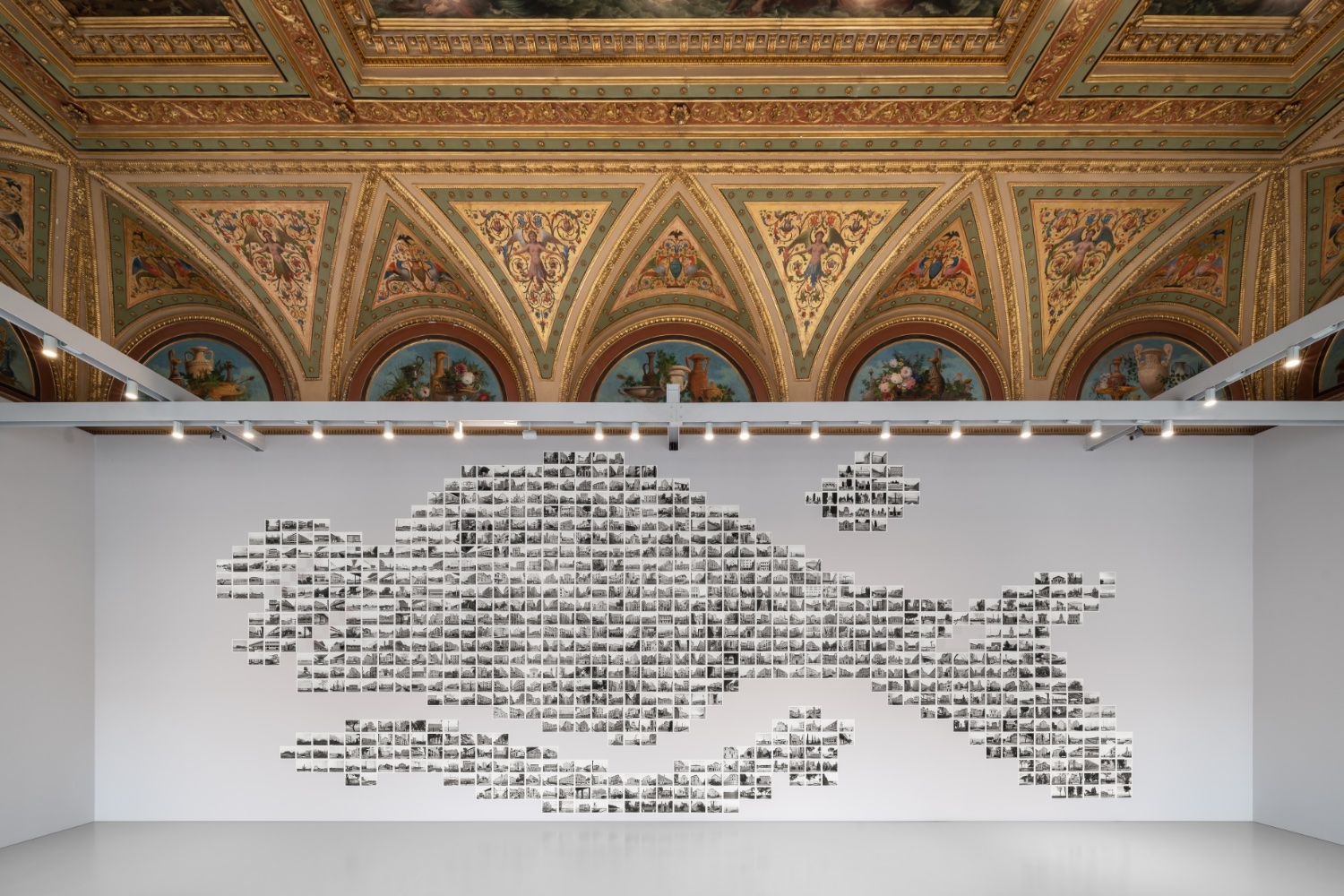 Curated by Matthieu Humery, curator of the Pinault Collection, the exhibition “HYPERVENEZIA” will be open at Palazzo Grassi from 5 September 2021 to 9 January 2022. This immersive show unfolds on the first floor of Palazzo Grassi in three installations: a linear path of almost 400 photographs that mark out an ideal trail through the sestieri – neighbourhoods – of Venice, a sight-specific map of the city made of approximately 900 geolocalised images that offer a panoramic view and a video installation of over 3.000 shots that scroll accompanied by a soundtrack composed specifically for the show by musician and composer Nicolas Godin, members of the electronic music duo Air. 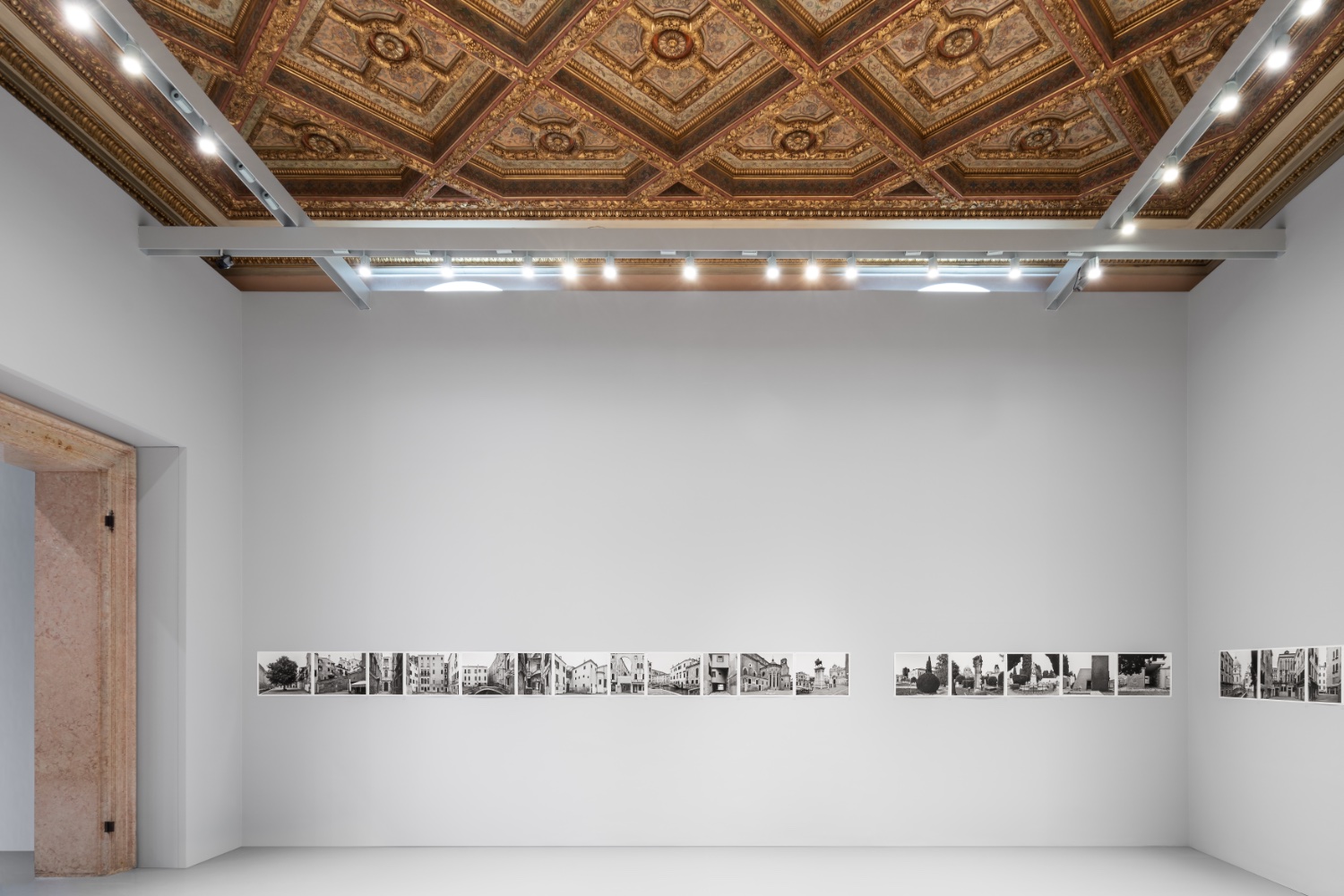 “HYPERVENEZIA” offers to the visitor a radical visual experience: the Venice we know disappears to give way to a parallel Venice, an empty and timeless one. From the Serenissima presented in its pure materiality emerges this unsettling strangeness that characterises any city that has been emptied of its inhabitants. 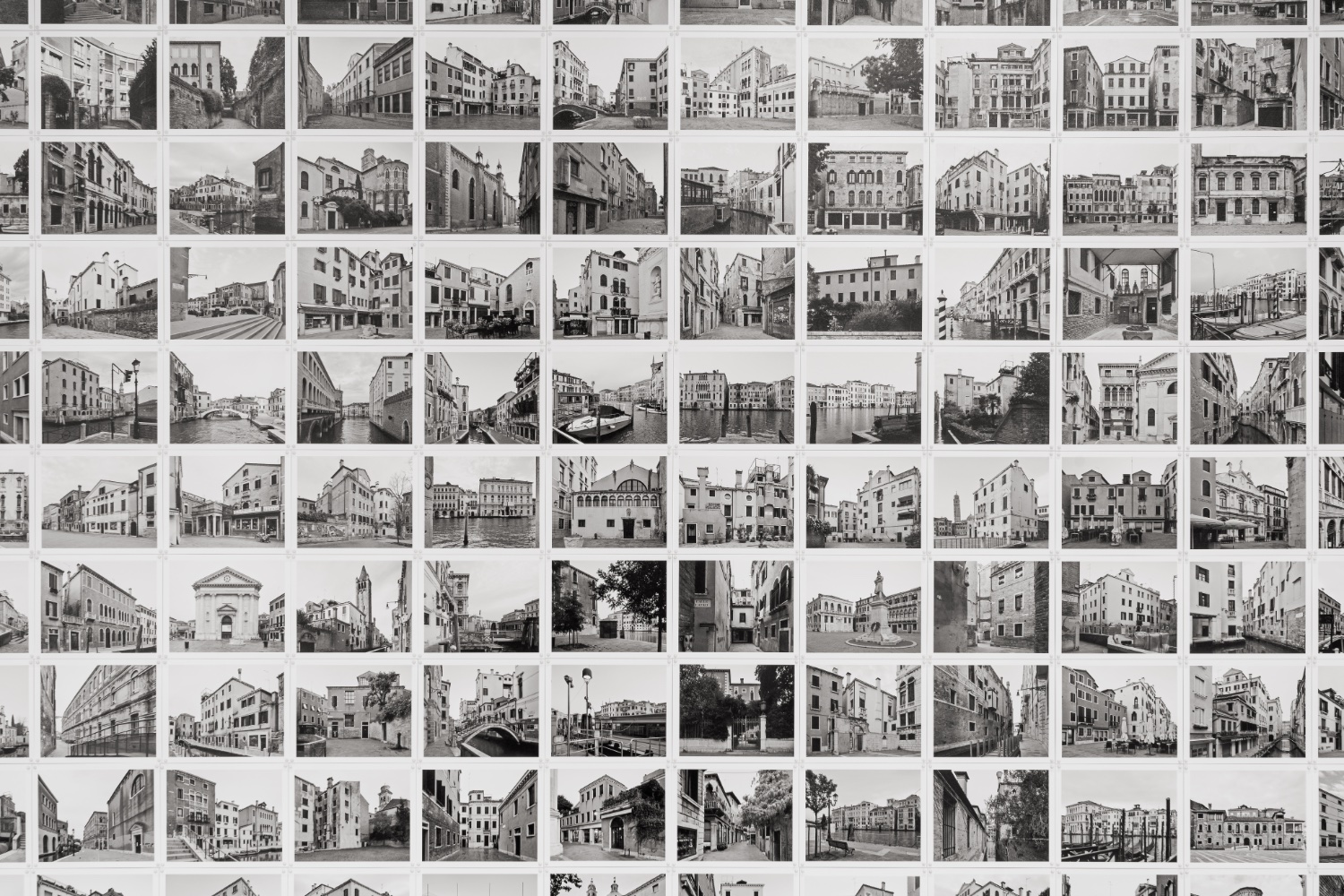 Born in Rome in 1958, an architect by training, is a publisher, art dealer, and communication consultant.

In 1986 he founded Peliti Associati, a graphic design firm that later developed into a publishing house and, from 2000, into a public relations agency. He has served as a consultant for companies and institutions including P&G, Nestlé, Coca-Cola HBC, Finmeccanica, Telecom Italia, Johnson & Johnson, Comune di Roma, Inps, and Whirlpool EMEA.

Between 1995 and 2002, together with Stefano Aluffi Pentini, he managed Galleria Minima Peliti Associati, an art photography gallery located inside Palazzo Borghese in Rome. In seven years, this small exhibit venue housed forty-three exhibitions, featuring works by Sebastião Salgado, Gianni Berengo Gardin, Gabriele Basilico, Mario Giacomelli, Mary Ellen Mark, and Bert Stern – to mention only the most famous names. Mario Peliti is the creator of the European Publishers Award for Photography (1994-2015), a competition hosted by six publishing houses from Italy, France, Germany, Great Britain, Holland, and Spain, for the international promotion of upcoming authors through the publication of their books in several contemporary editions.

He is the mastermind behind Reportage – Atri Festival (directed by Toni Capuozzo), which he coordinated in 2009 and 2010, also as the person in charge of the exhibition programme. In 2006 he launched a complete photographic survey of Venice.

In 2013, together with Paola Stacchini Cavazza, he opened Galleria del Cembalo, another gallery devoted to photography and its relation to other forms of artistic expression, again in Palazzo Borghese. In 2014 he founded Peliti’s. He lives and works between Rome and Venice.